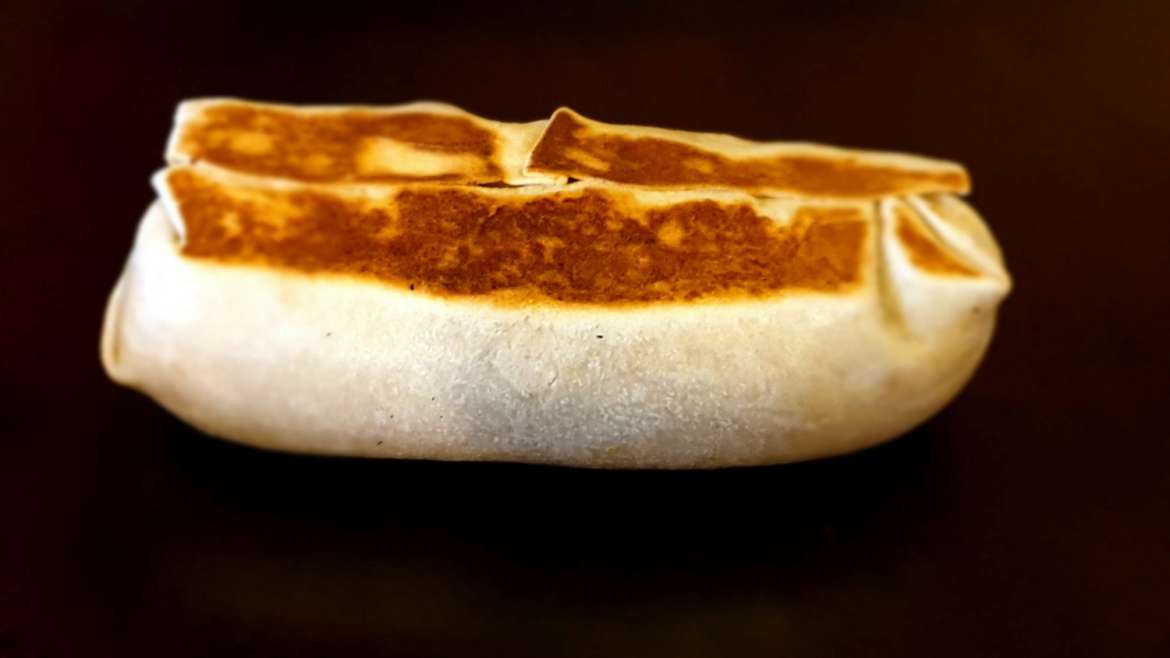 Burritos are often considered perfect food loved by an increasing number of Canadians & Americans. While burrito fans have different places as their favorite Burrito place and often friends debate, who makes the best burritos in Toronto. If you love Burritos, you probably know in Toronto there are quite a few burritos joints that are good but some burritos are great. We are going to tell you such a great small burrito chain of restaurants known as Burrito Bandidos, which was born after the original Burrito Boys owners split up.

Burrito Bandidos has been at the forefront of the burrito revolution in Toronto. Their burritos most closely resemble the mission burrito, which is a huge burrito packed with generous delicious vegetables along with your favorite proteins. When we entered the restaurant, we immediately say a cool infographic wall shown below in the pic. Bigger & Better Burritos is not just a tagline but a strong religious-like belief they have.

At Burrito Bandidos, they fresh-cut their veggies daily and quality meats are seasoned & cooked in small quantities several times during the day using traditional recipes. They make their own secret Burrito Sauce and Hot Habanero Sauce. Go with 3 dots for Habanera Sauce as it is extremely hot, if you can handle the heat ask for the lines. They use no GMO, No fillers, No artificial ingredients. You Can have over 1 Million different combinations. You can make it low calories, Keto Friendly, Low Carb, Gluten-Free, Salad Bowls.

And if you want to try their best burrito, go with Chicken & Steak Mix burrito which combines two proteins in the burrito and grilled slowly to perfection on a traditional grill. When you combine the two meats, you always end up getting extra meat than just a single meat burrito. Their Hali Burrito is also very popular, where they insert a huge Hali in the burrito or bowls.

Are you hungry yet? One bite of this burrito and you’ll agree that it’s an absolute masterpiece. Not only is it one of the best burritos, we had, the prices were reasonable given the huge portions they serve. Craving a burrito go to BurritoBandidos

Don’t hesitate to contact us if you have any queries

Breakfast Burrito For Your Healthy Morning